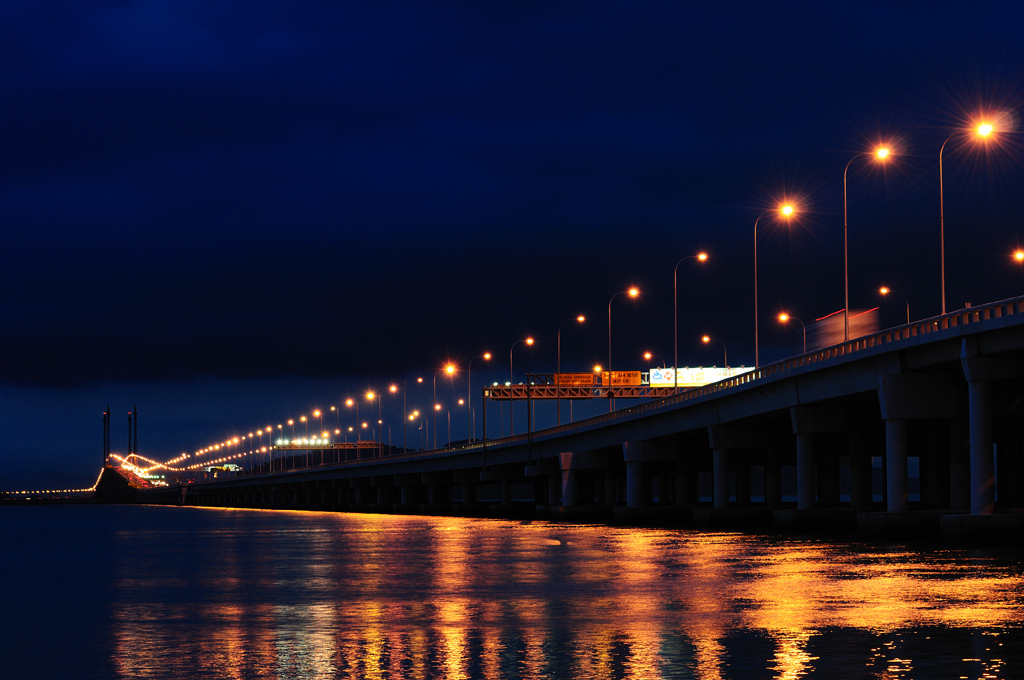 The Penang Bridge in the Malaysian state of Penang was officially opened to traffic. The dual carriageway toll bridge, which took about three years to build, carries traffic over the Penang Strait and links the industrial town of Perai in the Central Seberang Perai District of mainland Peninsular Malaysia with the George Town suburb of Gelugor on Penang Island. Chin Fung Kee, the world-renowned Malaysian civil engineer, designed the Penang Bridge and supervised its construction.

Tun Dautk Dr. Haji Awang Hassan, who served as Penang’s ceremonial head of state (Yang di-Pertua Negeri of Penang) from 1981 to 1989, presided at the formal opening of the bridge to traffic. This inaugural event took place six weeks after Tun Dato’ Seri Dr. Mahathir bin Mohamad, Malaysia’s prime minister from 1981 to 2003, marked the completion of the bridge by driving across it in a red Proton Saga automobile.

The structure was the first bridge to connect Penang Island with the mainland. It remained the only bridge between those points until the Penang Second Bridge (also known as the Sultan Abdul Halim Muadzam Shah Bridge) – located further south in the region – made its debut in 2014. The 8.4-mile-long Penang Bridge is second only to that newer bridge as the longest bridge in Malaysia, and it also has the distinction of being the fifth longest bridge in all of Southeast Asia.

For more information about the Penang Bridge, please check out https://en.wikipedia.org/wiki/Penang_Bridge and https://web.archive.org/web/20120118084859/http://www.penangbridge.com.my/bridgeinfo.php