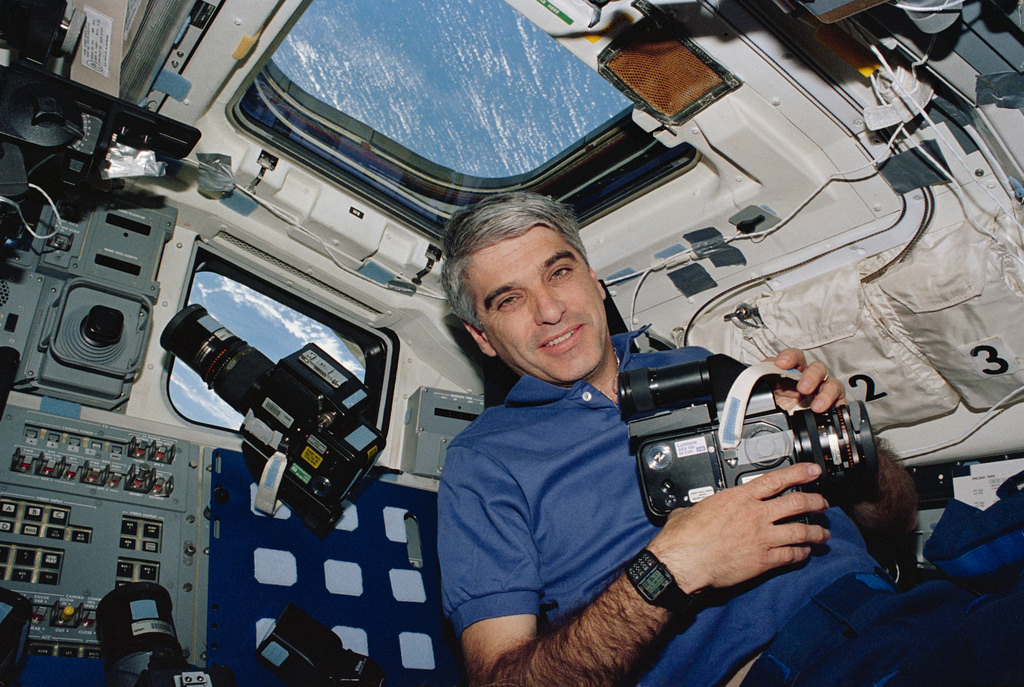 Friday, September 15 marks the beginning of National Hispanic Heritage Month in the U.S. Here is the first of our commemorative posts of Hispanic transportation pioneers.

In June 1991, Sidney M. Gutierrez became the first U.S.-born Hispanic astronaut to travel into outer space. (Franklin R. Chang Díaz, who in 1986 had become the first Hispanic-American to travel into outer space, was born in Costa Rica.) Gutierrez was born in Albuquerque, New Mexico, in 1951. He received a B.S. in aeronautical engineering from the U.S. Air Force (USAF) Academy in 1973 and an M.A. in management from Webster College (now Webster University) in 1977. During this period, Gutierrez also completed undergraduate pilot training at Texas-based Laughlin Air Force Base and remained there for a couple of more years as an instructor pilot. He received additional flight training in the early 1980s at the USAF Test Pilot School.

In 1984, Gutierrez was selected by NASA for its astronaut program. He officially became an astronaut the following year. During his first flight into space, Gutierrez was part of the seven-person crew on STS-40. This 1991 mission, which lasted nine days, was the first one devoted exclusively to life science experiments and detailed physiological measurements in a microgravity environment.

Gutierrez’s second flight into space took place in April 1994, when he served as commander of the STS-59 Space Shuttle mission.  This assignment made him the first person of Hispanic descent to command a spacecraft.  The accomplishments of the six-member crew during this  11-day mission included transporting the Space Radar Laboratory and using it to take a wide array of images of Earth to help scientists better distinguish between human-induced environmental changes and natural forms of change.

About five months after the STS-59 mission, Gutierrez retired from both NASA and the USAF. He has been the recipient of several honors, including the NASA Exceptional Achievement Medal and the Congressional Hispanic Caucus Award. In 1995, Gutierrez was inducted into the International Space Hall of Fame. To date, he has logged more than 4,500 hours of flying time through such means of aviation as airplanes, gliders, balloons, and spacecraft.

For more information about Sidney M. Gutierrez, please check out https://www.jsc.nasa.gov/Bios/htmlbios/gutierrez-sm.html and http://www.nmspacemuseum.org/halloffame/detail.php?id=124