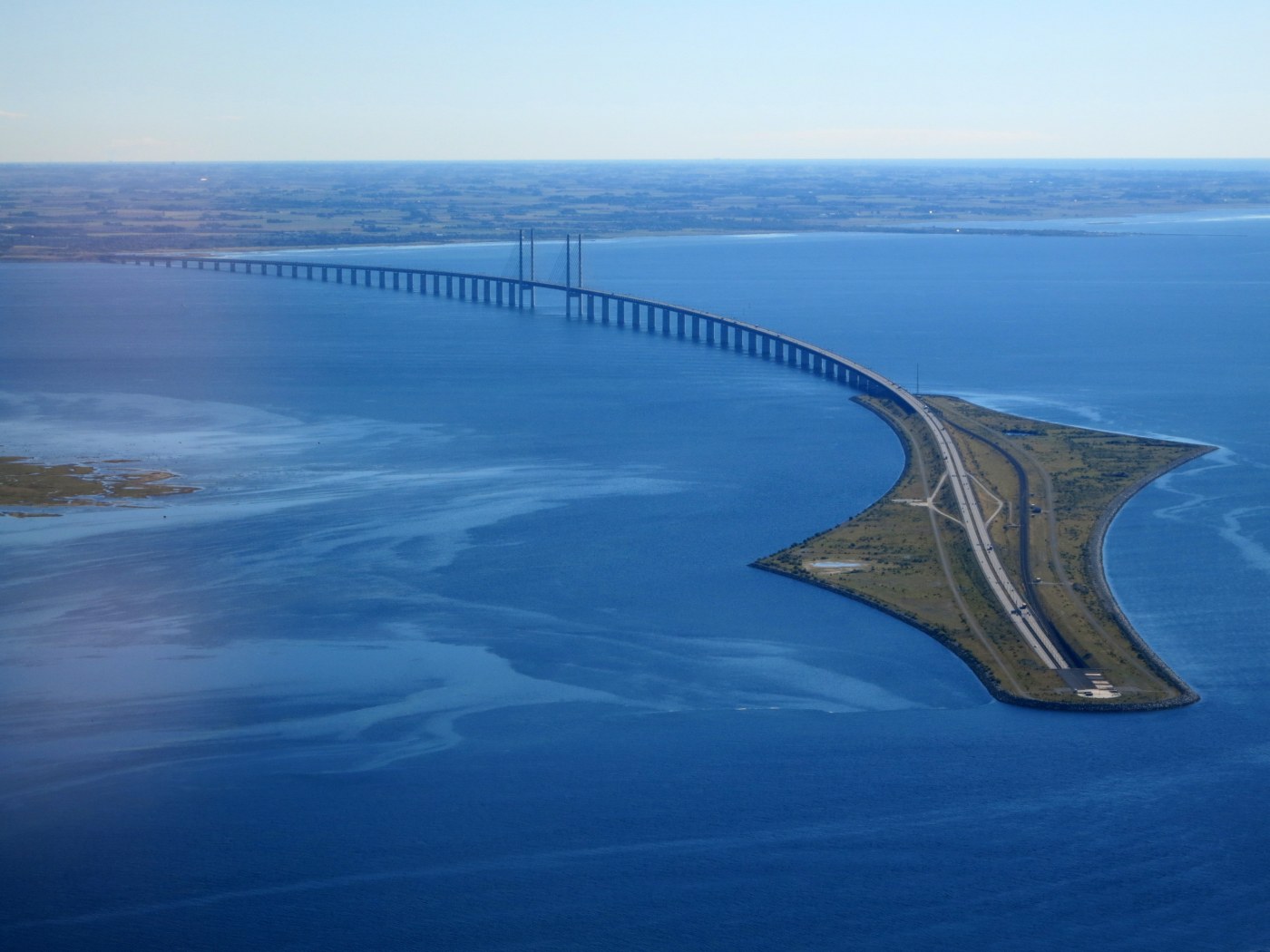 The Øresund Bridge, which spans across the Øresund strait and connects Denmark with Sweden, was officially opened. The structure encompasses both the double-track Øresund Railway and four lanes of the international highway European route E20.

The bridge runs for about five miles (eight kilometers) from the Swedish coast to the artificial island of Peberholm, which was created out in the strait as a convenient crossover point and is administered by Denmark; from Peberholm, the remainder of what constitutes the structure is a two-and-a-half-mile (four-kilometer)-long tunnel that ends up at the Danish island of Amager (connected to the nation’s larger island of Zealand by five other bridges).

The Øresund, which was designed by the Danish engineering firm COWI A/S, is Europe’s longest road-and-rail bridge. The structure is also notable for connecting two major metropolitan areas — Denmark’s capital of Copenhagen and the Swedish city of Malmö — and more broadly for serving as a vital link between the road-and-rail networks in Scandinavia and a number of those elsewhere in Europe.

The dedication of the Øresund Bridge took place with Queen Margrethe of Denmark as hostess and King Karl XVI Gustaf of Sweden as host. A key part of the festivities that day entailed having both monarchs travel across the bridge in a motorcade of Volvos. In 2002, the Øresund Bridge received the Outstanding Structure Award from the International Association for Bridge and Structural Engineering.

For more information on the Øresund Bridge, please check out https://en.wikipedia.org/wiki/%C3%98resund_Bridge​.