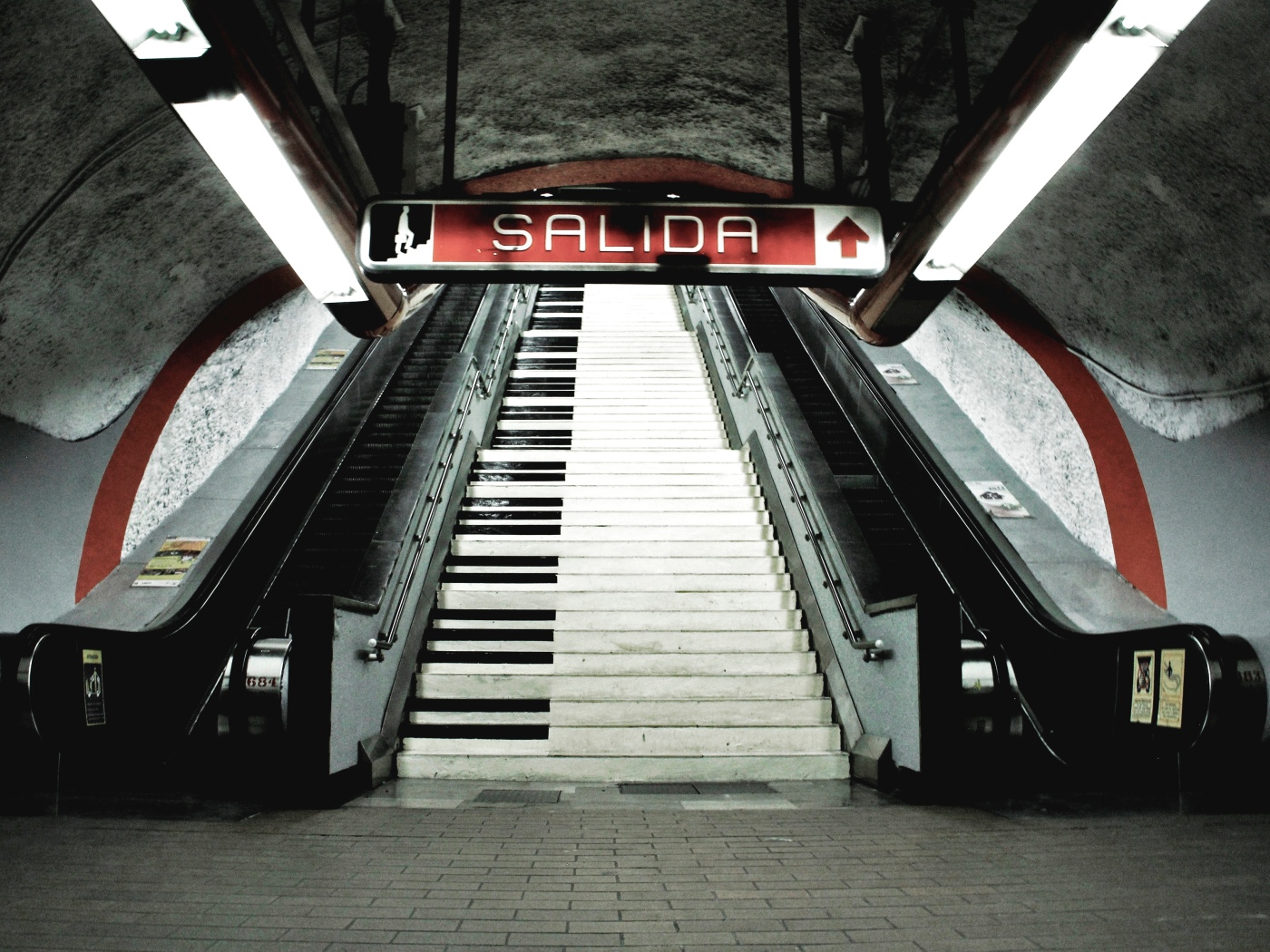 Another one of the Polanco Station’s major claims to fame is its giant piano-like staircase (pictured above), which was introduced in 2014. STC worked with the National Polytechnic Institute of Mexico to create and install this interactive staircase. The staircase, connecting the station’s platforms, consists of a total of 54 steps resembling the keys of a piano. The sections of the steps that are made of white granite have motion sensors producing key sounds when activated. Those sections of the steps that are made of black granite each have two sensors allowing people who use the staircase to produce what are known in music as accidental notes.

“We want to motivate users to use the Metro facilities and see it beyond just a means of transport,” explained Antonio Pineda of STC when he was discussing the debut of this unique staircase at the Polanco Station. “Music relaxes, which is another objective, that people break the monotony of their day to day, de-stress.”

The Polanco Station is now one of 14 stations operating on Line 7. This line, running through a western portion of Mexico City from north to south, encompasses 11.7 miles (18.8 kilometers) altogether.

For more information on the Polanco Station, please check out https://en.wikipedia.org/wiki/Polanco_metro_station

Additional information on Line 7 of the Mexico City Metro is available at https://en.wikipedia.org/wiki/Mexico_City_Metro_Line_7