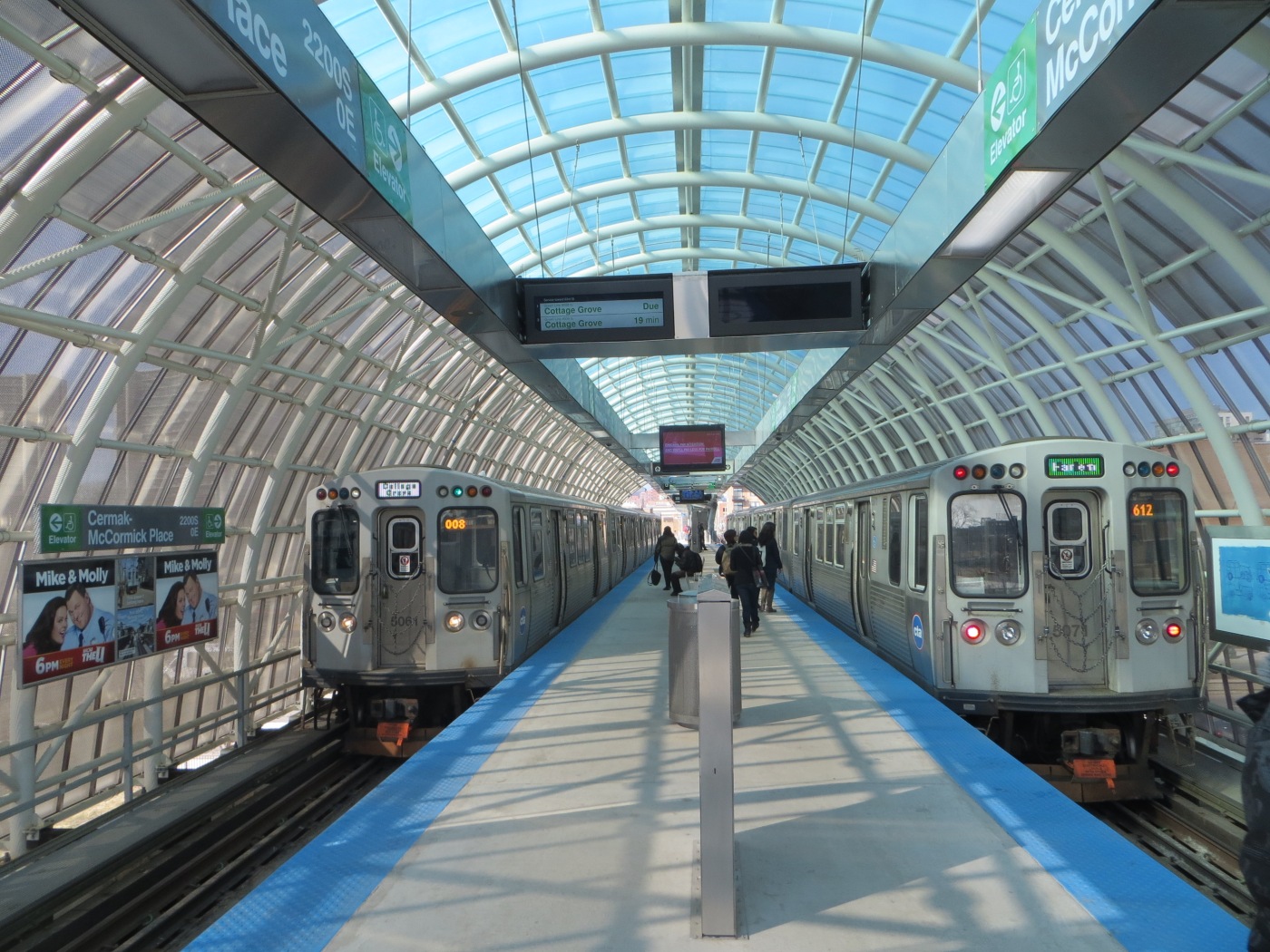 A new station on the Green Line of the Chicago Transit Authority’s “L” (elevated) rapid transit system was opened for service at 5:00 a.m. The Cermak-McCormick Place station is located at Cermak Road and State Street in Chicago’s Near South Side neighborhood. The facility is within walking distance of McCormick Place, which is the largest convention center in North America.

The Cermak-McCormick Place station replaced a station that had opened there in 1892. The older facility, originally called 22nd Street station, was eventually redubbed the Cermak station to reflect the change in the street’s name. (Anton Cermak had served as Chicago’s mayor from 1931 until his assassination in 1933.) This station was one of the original 10 stations on the first “L” line, initially known as the Chicago and South Side Rapid Transit Railroad.

The Cermak station remained in operation until being closed in 1977. It was torn down the following year. Over time, however, it was widely acknowledged that a new station was needed at the location to fill a two-and-a-half-mile gap in that portion of the Green Line and also to serve as a connection to McCormick Place.

A groundbreaking ceremony for the new station took place on August 29, 2013. Those on hand for the ceremony included Rahm Emanuel, Chicago’s mayor; Gabe Klein, commissioner of the Chicago Department of Transportation (CDOT); and Forrest Claypool, president of the Chicago Transit Authority.

At the time of the station’s debut a year-and-a-half later, lifelong city resident George Williams spoke to the Chicago Tribune about the vacuum being filled by the new facility. “A lot of people, me included, thought this station was long overdue and actually would never be built,” he said during the interview. On the morning after the Cermak-McCormick Place station opened, a formal dedication ceremony was held at the facility. Emanuel was joined by both Rebekah Scheinfeld, who had succeeded Klein as CDOT commissioner, and Claypool for the ribbon-cutting part of this event.