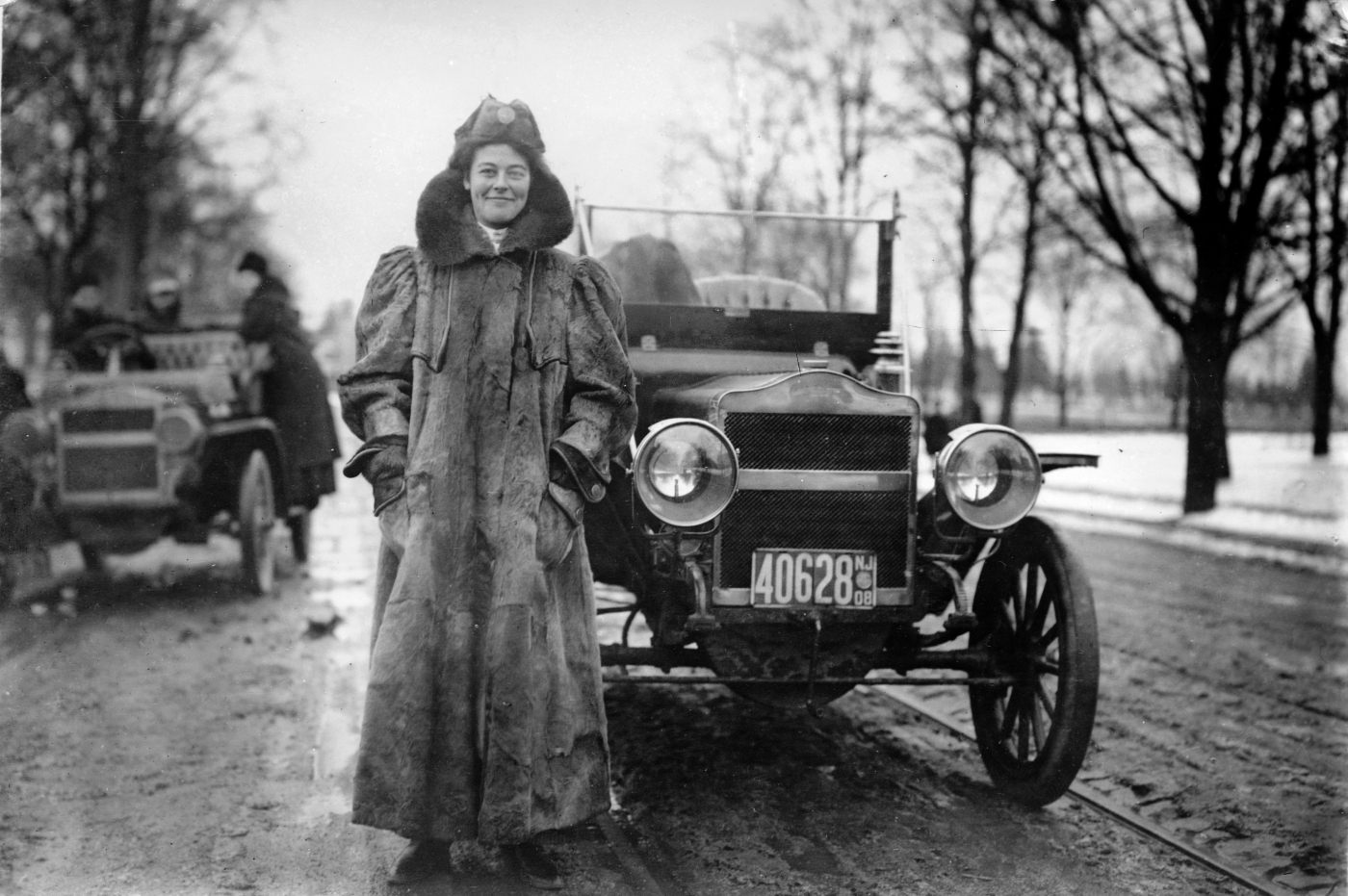 On August 7, 1909, Alice Huyler Ramsey and her three passengers became the first women to complete a coast-to-coast automobile trip when they arrived in San Francisco 59 days after leaving New York City. Ramsey, a 22-year-old housewife, and mother from Hackensack, New Jersey, made the 3,800-mile (6,115.5-kilometer) trek in a green Maxwell DA touring car. She was accompanied by her sisters-in-law Nettie Powell and Margaret Atwood as well as her friend Hermine Jahns, none of whom knew how to drive. Their cross-country journey took place as a publicity stunt for the automaker Maxwell-Briscoe Company.

While Ramsey and her passengers relied heavily on maps from the American Automobile Association (AAA) during their trip, they also followed telephone poles along the way as another means of navigation from one community to the next. Their transcontinental trek was made even more challenging because only 152 miles (244 kilometers) of the roads they traveled on were paved.

Along with serving as the driver, Ramsey handled a host of other responsibilities. She changed a total of 11 tires; cleaned the spark plugs; and repaired a broken brake pedal. As if that wasn’t enough, she and the others also came across the trail of a manhunt for a murderer in Nebraska; had to deal with bedbugs in a hotel in Wyoming; and found themselves surrounded by a Native American hunting party with bows and arrows drawn in Nevada.

At the end of their adventurous journey, they were greeted with great fanfare at San Francisco’s St. James Hotel. Ramsey recounted her pioneering road trip in her book Veil, Duster, and Tire Iron. She was named the “Woman Motorist of the Century” by AAA in 1960. Between 1909 and 1975, Ramsey drove across the United States at least 30 more times. She died in 1983 at the age of 96. In 2000, Ramsey became the first woman inducted into the Automotive Hall of Fame.